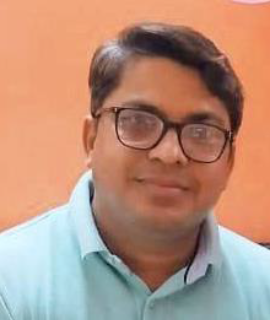 Hydrogen has a great potential as clean and renewable energy carrier. A very efficient sensors are required to detect hydrogen gas leak in industries, mines and an automotive sector, etc. because hydrogen is highly flammable gas when mixed with air. Recently, resistance-based nanostructured metal and metal oxide (MOS) thin film based devices have great interest for their possible use as gas sensing devices. These thin film based gas sensors are easy to fabricate and have various advantages compared to other sensor device structures. The sensors have the ability to detect a wide range of hydrogen with high sensitivity. However, operating temperature, selectivity, mechanical and environmental stability of hydrogen gas sensors are still under investigation to fulfill the demand for the use of hydrogen. The nanostructured thin films have pronounced potential to overcome these issues. The Pd-capped Mg thin films based sensors fabricated on electrochemically etched porous silicon substrate using DC magnetron sputtering is found to be mechanically stable for several cycles under humid conditions. The room temperature desorption with fast kinetics for magnetron sputtered Pd-capped Mg–Pd alloy thin film have the potential to be used as room temperature H2 gas sensor. The Pd-CuO thin film sensor presents a remarkable sensing performance with fast response/recovery time for hydrogen gas at a low concentration. The sensor is observed to be highly selective towards hydrogen gas against other gases carbon monoxide and ammonia. The SnO2 thin film sensor exhibits good sensitivity at moderate working temperature for detection of wide range of concentration of hydrogen. These sensors are found stable in high humid conditions, long-term mechanical stability and highly selective to hydrogen gas. The nanostructured thin films can be used to design a simple and low-cost sensors to detect low concentration of H 2 gas for use in hydrogen-driven industries.